meta data for this page

"Good told stories with our minds and bodies" with Francesco Renzoni

Francesco's workshop was postponed to September due to the coronavirus outbreak in Italy and the impossibility to fly to Munich.
If you are interested in group storytelling, please fill out the form below and we let you know when this workshop is held. 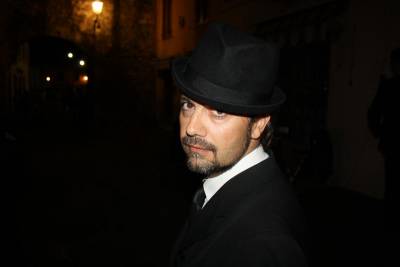 Francesco Renzoni has been performing in improv shows for 18 years in Florence and all around Italy. Starting as an actor, he developed himself as a teacher, improv musician, referee in theatresports and moderator in short form. He was a key contributor to the new improv formats “Improzac” and “Who Knows It?” and in 2013 he created his own improv group, Qi6. 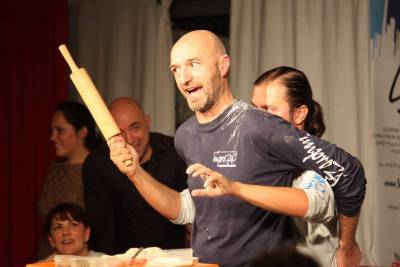 He has performed with L.I.F. (Lega Improvvisazione Firenze) all over Italy, “Improvisti” with the Areamista group; “Jam Theatre” with Contaminazioni Teatrali. He took key acting roles on William Shakespeare's “Macbeth” (2009), “Dracula” (2010), “Romeo and Juliet” (2012), “Oliver Twist” (2015), and “Godspell” (2017) produced by the Florence English Speaking Theatrical Artists Association (FESTA). In 2011 he joined the English-speaking cast of “Compagnia del Giallo”, a company performing murder mystery events. In 2013 Francesco performed with the San Felice baroque ensemble in “The Fairy Queen” by Henry Purcell. Since December 2016 he has regularly performed as Bob Cratchit or in other roles in Charles Dickens' “A Christmas Carol”.

In addition to being a veteran performer, Francesco is also an experienced teacher. Since 2013 he teaches on character development, body language, interaction with music and story plot creation for adults, kids and teens. He also conducts workshops and seminars and as part of a general theatrical course, he also trains foreign college students on traditional theater and improv.

He was coached by Chapelmaster Thomas Moy on singing and by Ted Sharon, Dan Lendzian and Jason Speicher on stage combat skills and he holds a degree on Music History from Università di Firenze.

Showcase of his plays with English auto-generated subtitles

All his videos, please use the English captions

Topics of the workshop 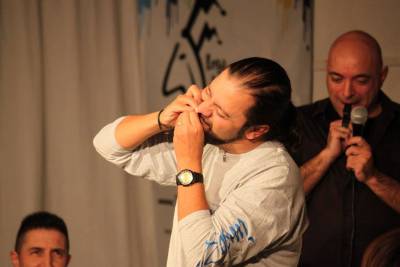 What makes a story interesting? Some say fantasy, some say feeling… I say change. Everyone is in a constant change in their lives, and it it something everyone can relate to. But for an improvised story, a great deal of focus and listening is required, for an improviser has to think about the present, the story that is developing in the moment he/she is performing, and at the same time at the future, laying down the basis for other performers to give their contribution to that same story, accepting that it may go in a totally different way than what he was thinking. 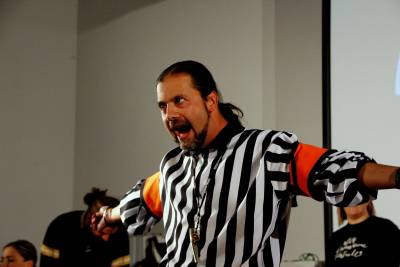 This workshop's goal is to explore group storybuilding techniques, listening and reacting projectually, use of external elements such as a narrator or hints by the audience, style exercises, different historical periods, and let our bodies help us to narrate our stories.

The body is rarely used effectively, in improv. Combining body and words we can produce a communication on much deeper levels towards the audience, create hilarious situations, play with the conscious and unconscious unsaid, and find new ways of character deepening.
We will be exploring non verbal communication in all its forms, particularly focusing on different statuses and relationships within them, stage presence, proxemics, performing objects and non human elements, contrast between said and unsaid.

This workshop will span over two days to have plenty of time to put into practice what we learn with stage games.
Comfortable clothing and slipper socks recommended. 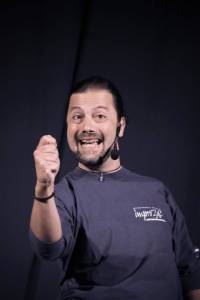 Francesco's workshop was postponed to September due to the coronavirus outbreak in Italy and the impossibility to fly to Munich.

Dates: Saturday and Sunday 12/13 of September from 10 to 17 with one hour break for lunch
Place:

Rent a room.
Price per participant for the two days: EUR 90
Max. Number of participants: 12

As Improv-Enthusiasts we are organizing this to learn and play better scenes. All the costs will be divided equally between the participants and the organizers won't earn a cent, only the pleasure of having a workshop in Munich.

Accommodation: Hosted by us. Transport: Francesco organizes his flight to Munich. He will come on Friday and leave on Monday.

The places are given in the order of reservation. Those who first filled up this form, will be the first to secure a place.
The final price will be set when the workshop is confirmed. Afterwards you will receive instructions on how to pay for the workshop.

I would be interested, but can't attend before the 15/16th of Feb! If you have an opportunity, I would prefer 22/23rd?

Thank you in Advance!

Hi Kyra, we will probably change the date if enough people want to. Cheers! Lucho

Except where otherwise noted, content on this wiki is licensed under the following license: CC Attribution-Noncommercial-Share Alike 4.0 International